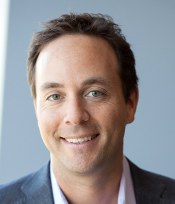 Forbes just released its annual rankings of America’s most powerful CEOs aged 40 and under. For the fourth year in a row, Zillow Group CEO Spencer Rascoff has made the list. Moving up from No. 12 in 2014, he earned the eighth spot this year.

“This award names an individual, when in reality it reflects the great work of everyone at Trulia and Zillow,” Rascoff said.

Forbes selected from publicly-traded companies with the highest market caps and CEOs 40 or younger.