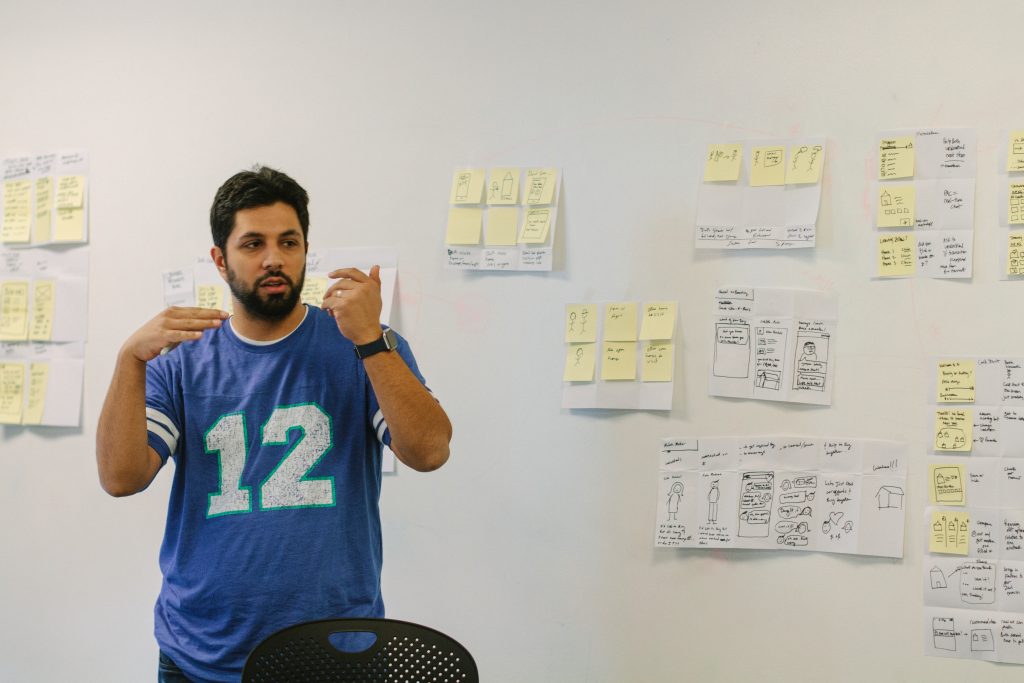 Mohammad Sarhan is a self-described “massive geek” – a quality that has propelled him from his computer programming days at the University of Washington to becoming the Principal Group Manager for Zillow’s mobile apps and the Zillow platforms for Apple Watch, Apple Fire, iPad, Android Wear, Apple TV and more.

While Sarhan now manages a team of more than 30, he’s part of the original 6 percent. That is, 94 percent of current employees started after Sarhan, who has the distinction of being Zillow’s first intern.

Sarhan credits much of his career development to getting in with Zillow on the ground floor. While he didn’t start out intending to work for Zillow, his first full-time job after graduation with a computer science degree wasn’t a good match from day one. Zillow, however, stuck, and at the of age 33, Sarhan has been with the company for 11 years.

How did you find out about Zillow?

I accepted a different full-time position right after college, but by Thursday of the first week, I knew it wasn’t the job for me. I was talking to my sister who told me, “Don’t worry about being loyal to a company you’ve been at for 4 days. If you’re not happy there, you’re hurting everybody.” Right after that conversation I got an email that Zillow was hiring interns. The vice president of recruiting called me that day and I went in the next day, Friday. Friday night they offered me the job. I accepted and on Monday handed in my badge at my first job. I was the first intern Zillow ever hired.

What advantages did getting in on the ground floor offer?

Zillow hadn’t even gone live when I started. We were still working on the product, and there were only six or seven of us developers at the time. These were the really early days, in 2005. I was able to work on everything from the search framework to the forums and the blog. People will still say to me today my name is in just about every piece of code at Zillow. I was also able to be involved in high-level discussions about the direction of the company. An internship is a chance to go through tech industry boot camp, and I learned a lot more than I think I would have staying at my previous job.

What made you stay with the company?

I had several other offers on the table, including some that paid more. But the ability to be part of the rapid growth of a small company tipped the scales for me. Zillow presented a real range of opportunities and mobile was just coming on the scene. We helped people make very important decisions in life that is very expensive in a space that wasn’t really innovating, nor were other people pushing for innovation. I wouldn’t have been able to have this kind of influence at any company other than a startup.

What’s the best part of working at Zillow?

I totally believe in Zillow’s strong career paths for developers that have nothing to do with management because the two don’t necessarily mesh. We want people who are good at development and management to become managers. But becoming a manager is not the only way you get promoted at Zillow. If you want to stay a developer, we have a path for you too.

I’m also really proud of creating LevelUp, which is part of our Learning & Development initiative. It focuses on teaching developers to “level up” and grow. We give them the right tools to be successful at Zillow and learn about fast-changing new technologies. We also strive to make mentorship more meaningful. It’s all about making my people better as individuals and as a team.

What keeps you motivated?

There’s still a lot of room to grow in terms of technology we can create to help people make this really important decision in life. You only buy a home maybe three or four times in your life, so my job is directly related to peoples’ lives. I have so much say in how things are built and why they’re important.

Every year I sit down and ask myself, and each of my managers, “Should I still be where I am right now? Am I growing, learning, challenging and being challenged?” As long as we can say yes to those questions, I’m happy.

What advice do you have for interns?

Double-down and absorb as much as you can wherever you go. Be open-minded and try to go deep as an intern and as a developer. It’s also super important to find a mentor. I had two mentors and I still know them today.

It’s also important for interns, after their internships, to decide where to work. Typically, they are so fresh out of college, they’ll factor money in most, but I tell people salary is only one aspect of it. You also need to think about the culture, your future at the company and the people you’ll be working with. The other offers I had paid a little more. I might have been just as successful, but I don’t know if I would have been as happy. Choose a place where you can have fun and grow.