In case it’s not enough that Sasha Muir’s “butter LONDON” brand is known the world over for high-quality nail lacquer that’s beautifully packaged, last year Goldman Sachs named the Brit-turned-Seattleite one of its 100 Most Intriguing Entrepreneurs.

Muir, a self-described “serial entrepreneur,” sold a majority share of butter LONDON to a private equity group last year. She’s also founder of a brand of children’s undergarments called Knickerbocker Glory and co-founder of a line of luxury handbags and accessories called BEVÉE.

So there is plenty to keep her busy, the mother of three young children told a crowd of Zillowites.

Muir recommends “hiring creatively,” whether you’re an entrepreneur or a corporate leader. Her director of operations at butter LONDON came from the restaurant industry, where “they knew service and had to get deep into menus — everything I wanted, they had done.”

She also believes in writing out detailed business plans and running them by people you trust to determine whether something has a chance. With butter LONDON, “I poured my heart and soul into what [the mission, vision and values] should be. I asked myself, ‘Am I doing something that’s different enough, that’s almost shocking at this time for this type of product?'”

Then she sold it to manufacturers — and investors. It’s important to be “so passionate and to have done the homework so well and to be so into this idea will they take bet on you and help you develop it,” Muir said.

Zillow Group Chief Marketing Officer Amy Bohutinsky, who interviewed Muir, showed surprise at the entrepreneur’s tale of arriving in Seattle years ago with a boyfriend and deciding on the spur of the moment not to leave.

“You seem to be a big planner, but a whim set the pace for so much of the rest of your life,” Bohutinsky said.

Muir said she’s a risk taker — she’s also started other businesses that weren’t successful — but that she always has a possible exit, a Plan B.

“For me, the key thing is what’s the mitigation. … What are the possible outcomes, and am I comfortable with them?” Muir said. (With the boyfriend, things worked out. He’s now her husband.)

Things also worked out with butter LONDON. The company’s trajectory changed dramatically with the recession, turning it from mostly a retailer into primarily a wholesaler.

“It’s very rare for a company to end up exactly where founder thought they would be,” Muir said. 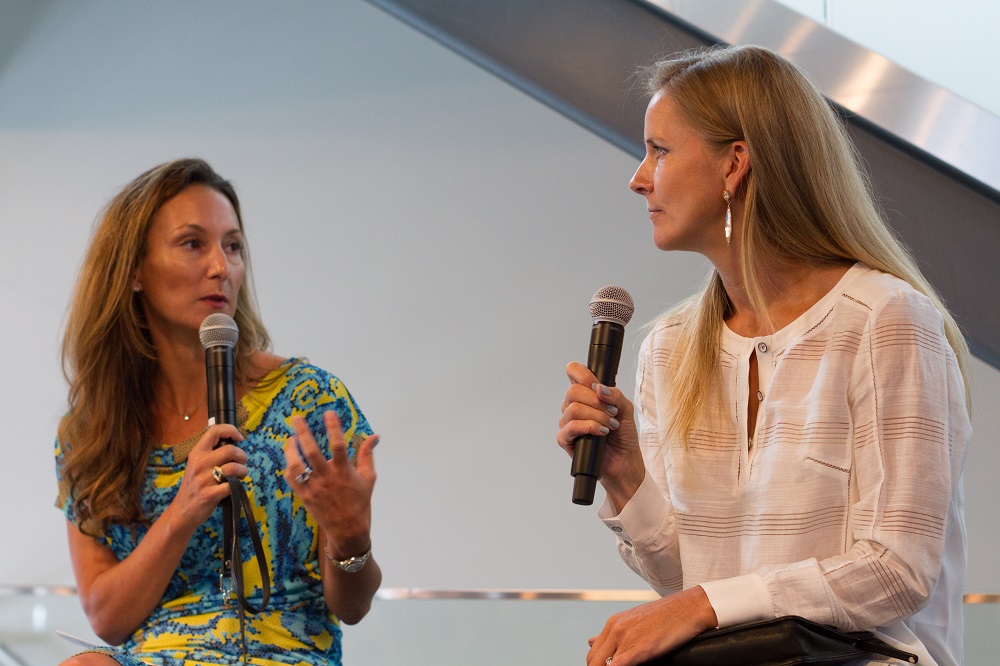